Click the cover to read the 1st chapter!
Her Knight in Black Leather is now back up for sale at it's permanent new price--$0.99.

This one has also been reedited, to update my voice and style a bit, but nothing with the plot or characters has changed. I'll be working on getting Risking It All back up as well.

Cat Edwards wants one night of freedom from the repressive weight of her mother’s tarnished name. One night to be someone else. Dragged to a bar by her best friend in an effort to forget a broken heart, the shy bookworm quickly gets in over her head. She finds chivalry isn’t dead after all when a dark, mysterious stranger comes to her rescue. He’s wearing black leather and a mischievous smile that promises to be exactly what she needs.

Michael Brant has returned to the town he swore never to come back to in order to make peace with his past. Being home, however, brings up memories he doesn’t want to remember anymore. His first night in town, he’s captured by a damsel in distress. Cat’s beauty is made all the more alluring when he realizes she has no idea who he is, and he can’t resist spending one night in her arms.

As the town erupts with the news of his return, Michael’s dark past comes back to haunt him, putting Cat in danger. Compelled to protect her and keep history from repeating itself, Michael offers her his family’s name in order to keep her safe. But when the lie spirals beyond their control, can they stop their hearts from becoming entangled as well?
Universal link: Books2Read
Also new...

Seducing the Billionaire and Propositioning the Playboy (along with a lot of other great books) are now on the KISS reading app. You can download the app at the links below, then just run a search for my name.

You'll notice I no longer have links to Facebook and Instagram. That's because unfortunately, my accounts were hacked. sigh. I no longer have access to my Facebook author page, and it spooked me enough that I deactivated Instagram as well (b/c if you didn't know, FB also owns Instagram--it's how the hacker managed to gain access to my account). So for now, you won't find me on social media, except here and Goodreads, until I feel safe creating new accounts again. Thanks for understanding. 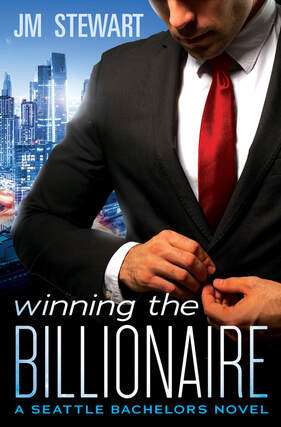 ​When it comes to love, this billionaire is all business . . .

Software mogul Christina McKenzie has loved billionaire Sebastian Blake since they were kids. So when Seattle's most famous bachelor-and perennial playboy-finally asks Christina out, her fantasies kick into overdrive. Things become hot and heavy . . . but what's she supposed to do when she starts to fall for him? Sebastian's never been one to settle down, and Christina knows she's just another notch in his bedpost.

Sebastian knows that smart, kind Christina deserves better than him. But after the mind-blowing night they just shared, he's ready to turn a sexy fling into the real deal. Keeping his freedom is one thing, yet keeping Christina in his bed-and in his life-is all Sebastian can think about . . .